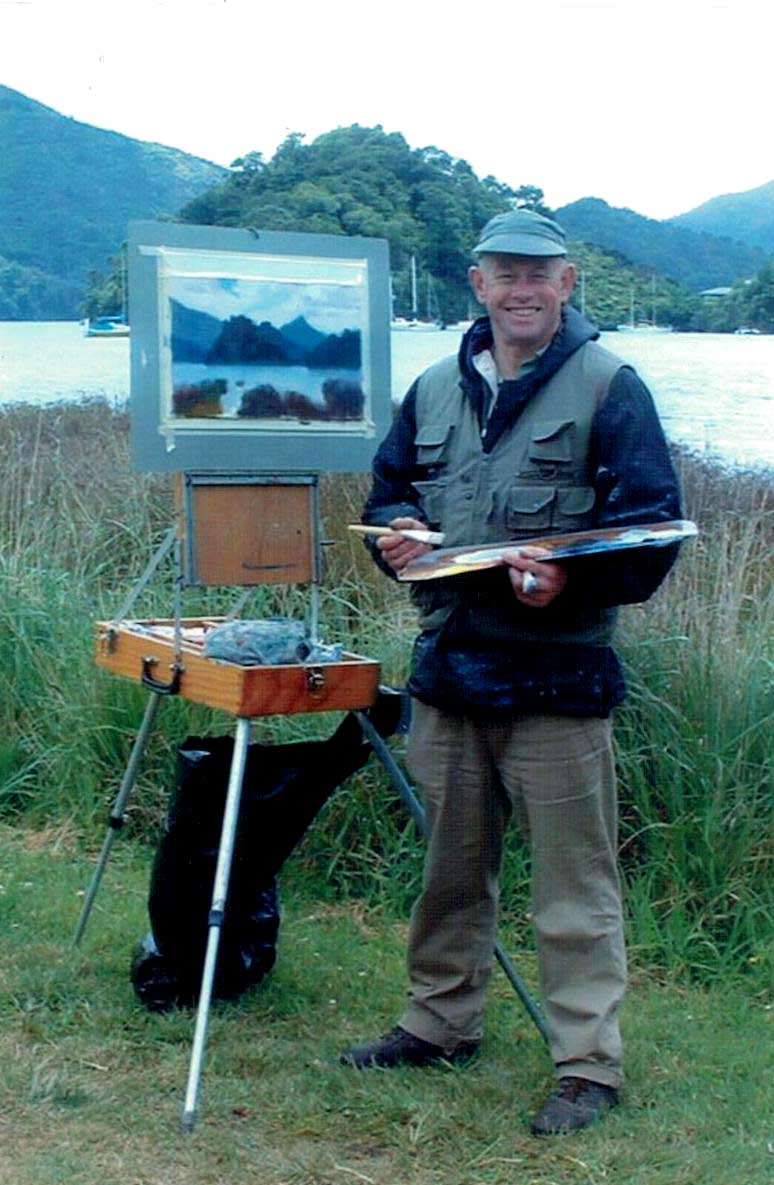 Attention to detail and his ability to capture the mood of the sea and sky makes Colin Wynn one of New Zealand’s leading sea and landscape artists.

Born and raised in Wellington, it was while at high school that his artistic talent was discovered.

He began painting professionally in the early 1970s and in 1972 moved to the small West Coast town of Reefton to be near the dramatic coast and mountain country he enjoys painting. Here Colin was employed by the Environmental Division of the New Zealand Forest Service as a hunter and later as an illustrating artist. He also became involved in New Zealand falcon conservation during this time. In 1979 he left the Forest Service to make painting his full-time career.

In 1983 he was invited by the Royal New Zealand Navy to be their official artist – a part-time position which involves several weeks’ work every year.